BCIB is led by a dynamic group of people with expertise in the areas of transportation infrastructure, customer service, information technology, performance planning and finance. The leadership team brings a wealth of knowledge and experience gained from service in the public, not-for-profit and private sectors. 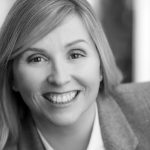 Irene Kerr has an accomplished track record with over 20 years of experience in the Transportation industry. Prior to joining BCIB, Irene was President and CEO of the B.C. Crown corporation, Transportation Investment Corporation. She has also served as Vice President of Games Services, Toronto 2015 Pan and Parapan American Games and Vice President Services, Vancouver 2010 Winter Olympic and Paralympic Games. In these roles, Irene demonstrated her skills in managing complex, multi-stakeholder projects, while also developing strong relations with stakeholders. 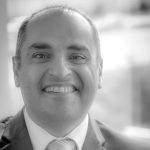 Mario is responsible for a broad range of functions related to finance, including financial reporting, general accounting, internal controls, external audits, payroll, budgets, treasury, debt administration and financial analysis. His experience to date has been across commerce, public practice and various levels of government, including both not-for-profit and government business enterprises. Mario gained his business degree and accounting qualifications in Australia (CPA and CA ANZ), and in 2010 made his way to Canada where he now enjoys the west-coast lifestyle. 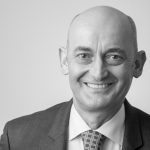 Sveto is responsible for BCIB’s operations and performance planning. His role includes the development and deployment of project workforce, occupational health and safety, performance planning and monitoring, and other operational aspects of implementing the CBA. Sveto is an experienced business leader in the areas of transportation and business consulting, and his career includes previous roles at TI Corp, WorkSafeBC, the Vancouver Organizing Committee for the 2010 Olympic and Paralympic Winter Games and Air Canada. Sveto holds graduate degrees in commercial law and business administration.

BCIB is governed by a professional Board of Directors.

Bruce has over 40 years experience in the construction industry, including an extensive background in trades training and occupational standards development. He is retired from his position as an international representative for the International Union of Operating Engineers (Canadian office). He has also worked as a mobile crane operator, a trade’s instructor and a union representative, and most recently as a workforce development consultant. He has participated as a member of the national Operating Engineers Joint Apprenticeship and Training Council. Bruce is the past chair of the Canadian Apprenticeship Forum, a national multi-stakeholder organization dedicated to apprenticeship issues. He has also participated as a director and vice-chair of the Asia Pacific Gateway Skills Table. He is a director of Skills Canada BC. Bruce is a past director of the BC Industry Training Authority, where he participated on the human resources committee and chaired the governance committee.

Atwal works as a lawyer at HHBG Lawyers. She advises on a wide array of workplace issues, including contract review, termination, severance packages and non-solicitation or non-competition agreements. Prior to joining HHBG, she practised at Alexander Holburn Beaudin & Lang. She is a member in good standing with the Law Society of British Columbia and is a member of the Canadian Bar Association Employment Law and Human Rights Subsection. She serves as director and former president of the South Asian Bar Association and serves on the Kwantlen Polytechnic University Foundation board. Atwal holds a bachelor of arts from Simon Fraser University and a bachelor of laws from the University of British Columbia.

Scollan is president of the Construction Labour Relations Association of British Columbia. Previously within the association, Scollan held the positions of director of labour relations and labour relations officer. Scollan serves as a board member of the BC Centre for Women in the Trades. He is a past board member and past president of Skills Canada BC. Scollan received a bachelor of commerce from the University of British Columbia.

Kroeker is a welder fabricator by trade and has been a member of the International Union of Operating Engineers (IUOE), Local 115 for many years. The IUOE is a diverse trade union representing workers in various sectors of the economy, including construction, road building, pipeline, mining, dredging, heavy equipment mechanics, waste management services and airline pilots. Previously, he was appointed business manager IUOE Local 115. Other positions he has held with the local union are assistant business manager, treasurer and guard. Kroeker is an advisory board member of Resource Works. He is a former board member of BC Jobs and Investment, and former president of the BC Highway and Related Construction Council. He was president of the Canadian Conference of IUOE, president of the B.C. and Yukon Territory Council and president of British Columbia and Yukon Territory Building and Construction Trades Council. Kroeker served as secretary and treasurer at Community Savings Credit Union and as director of Community Savings Credit Union. He was also on the executive board for the BC Federation of Labour.

Wilson is the president of Jack Cewe Ltd., one of British Columbia’s largest privately owned civil construction and aggregate mining businesses. Jack Cewe Ltd. is a family-owned company that has been in business for over 60 years, primarily operating in the Lower Mainland and the Sunshine Coast. Wilson has a bachelor’s degree in business administration from Simon Fraser University and is a director of the British Columbia Stone, Sand and Aggregate Association.

Ellis was the senior vice-president of corporate services and human resources at WorkSafeBC. She was also the associate deputy minister of health (Manitoba) between 1996 and 1999, and the deputy minister of labour (Manitoba) between 1989 and 1993. In addition, Ellis has worked as the president and CEO of Aerospace Training Canada International and the president of Economic Innovation and Technology Council. She has acted as director for the Crown Corporation Employers Association, as well as the Canadian Institute for Health Information. Ellis holds a diploma in religious education, a certificate in secondary education and a master of arts from the University of Edinburgh.